I love Star Wars, the scenery, epic explosions, battles across a galaxy of stars, thousands of alien races, and in the middle of it all, the human element.  Millions of fans all over have watched how a farm boy from Tatooine became the savior of all sentient-kind.

This was the future face of sci-fi thirty years ago.  To this day it is the most recognizable sci-fi franchise.  If you study how close George Lucas was to going bankrupt during the making of Star Wars: A New Hope you’d realize how it could have never come to be.  Can you imagine a world without Star Wars?

As beloved as the series is, and as an aspiring sci-fi author myself, I wonder, what is the future of science fiction today?  What is going to be the next Star Wars?

All this depends upon what the world wants.  Do they want another story about a galaxy far far away?  Do they want laser beams and explosions, corny stories and plots?  Lucas based the look and feel of Star Wars on the old Flash Gordon stories of the 1930s, a sort of popcorn fiction.  Ming the Merciless, nemesis of Flash, was an absolute evil, much like the emperor Darth Sidious of Star Wars.  The pure good that was both Flash and Luke Skywalker, the outlandish, fantastical settings, all of this was as deep as Star Wars and Flash Gordon went.  Yet each was done in a new and vibrant way.  People wanted to watch Star Wars because it was well done.  In its time, it was something very unique, different even.

Rather than mimicking what people have already seen, authors should aspire to give the audience something that is both done well and different.  People want to experience a story not just read it.

James Cameron’s 2009 movie, Avatar has done this so well, some have become depressed after watching it, even suicidal, as this article from CNN states.

One person who saw the movie said, “When I woke up this morning after watching Avatar for the first time yesterday, the world seemed… gray”.   Perhaps this man needs to get out more.  A little visit to our own great outdoors would cure him nicely.

We don’t have floating islands but we do all right.

In any case, all those who doubted Avatar’s ability to make any money have shut their mouths now.  It seems, two billion dollars later, the movie has done several things right.  Even with a story that is cliché and unoriginal, you have a very beautiful film in an original, unique setting.  What I find wrong with it is also what I find so right about it.  It is fantastic, as in full of fantastical ideas that look beautiful but aren’t really, real.

This is a good thing to have, something unique for the audience to experience, but it also tends to be a crutch to the film.  Call me a critic here because, yes it has grossed two billion dollars in only a few months, but I ask you this, will the franchise last or will it go the way of the one hit wonder Titanic?  What could James Cameron do with a sequel?

Edit: I may be eating my words here.  James Cameron is currently working on the sequel and it sounds rather cool.

I like to have my cake and eat it too.  A long-winded space opera that is both based on reality and yet still very beautiful to behold would achieve this.  Below is a list of 4 things I’d like to see in the next sci-fi hit.  The word for the day is real.

Telling a beautiful story in real space is not hard.  Take a look at this and  other photos of Mars.

Compare this with a picture of Mars as seen in the 1990 movie TotalRecall.

Notice how red Mars looks, nothing like the real pictures at all.

As a kid I loved the sci-fi Schwarzenegger movie.  In its time it was some great popcorn action, but not nearly as compelling as the real thing.  The potential to set a vivid story around a real Mars is still a very open prospect.

And what about the other planets out there? 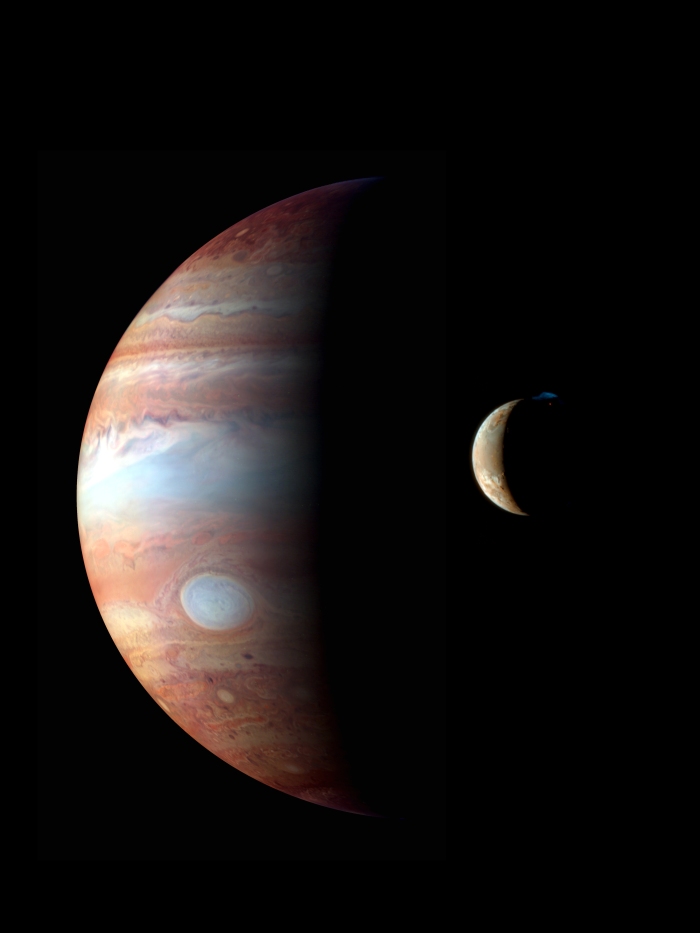 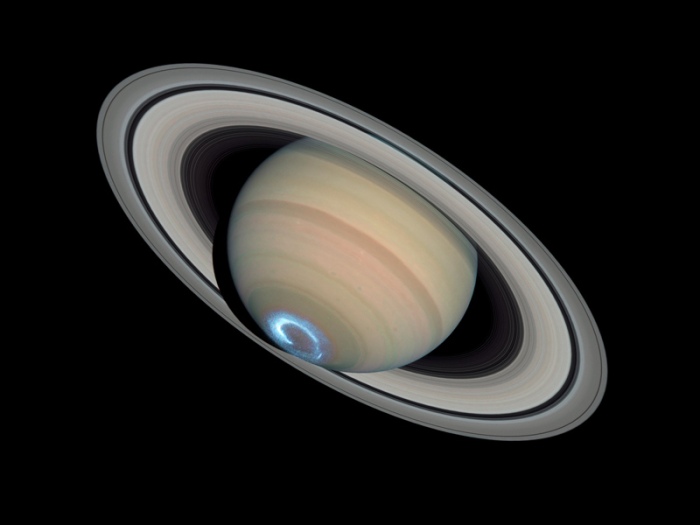 Mercury near the sun

Want a space opera set away from the planets and into deep space?  Just close your eyes and touch your finger on these pictures of the many interesting and exotic nebulas in our galaxy.  There’s your setting, beautiful, stunning, and awe inspiring.

Now granted there have been stories about real places in the galaxy, but there is always something lacking in these stories, beauty. That would be the one word I would use to describe Avatar.  If you wanted an adjective before that I would add, unrealistic. It’s unrealistic beauty is based on a sort of hyper Earth.  As far as I know, there are no floating mountains in existence.

But in most films and stories I’ve seen based on the real thing, 2001 Space Odyssey excluded, there is no poetic descriptions of these awe inspiring places.  In fact most sci-fi seems void of beauty in any real since of the word.  It is often to the brain that the author goes, missing the heart of the mater.  This is where many of the authors lose half of the public audience.  Let’s face it, when Neal Armstrong first saw the blue and white Earth from the glowing gray face of the moon… 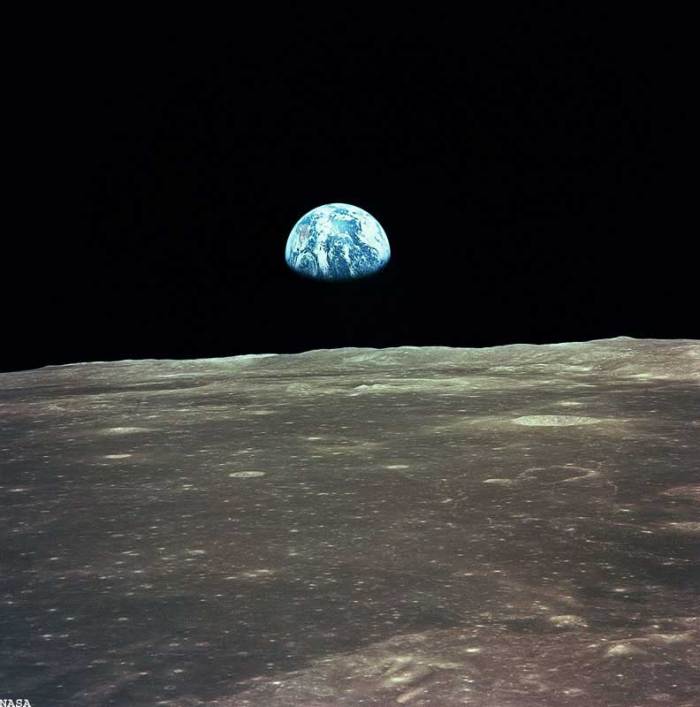 …science was very far from his mind.

Star Wars did a good job of hinting at this beauty, with a double sun rise in Episode IV to the rain forests in Episode VI.  It was all similar though, based upon our own planet.  There were no alien worlds that looked truly and utterly alien like in Avatar.  Yet with Avatar you have a hyper realism.  It was recognizable and yet very untouchable because none of those places actually exist.

I surmise that the biggest reason sci-fi authors would rather tell stories around imagined locations is because they want more control over how it looks and feels to the audience.  Perhaps they want it to be cool and exotic like Avatar, yet the real thing has something Avatar doesn’t.  It is touchable.

All you need to do is study and learn the facts of real settings around our galaxy, then base your story around those facts.  Often times, better ideas will come through the study of reality then anything you could come up with on your own.

Emphasis on the istic of realistic. Do a bit of study in today’s technology and you will find how close to science fiction we really are.  Sci-fi should be based on this upcoming tech.  I use the words based on loosely here.  Sf tech still needs to be outlandish and otherworldly, but by reading science articles you can get some wonderful ideas that have more of a realistic feel.

I, for one, am tired of ships that go faster than light.  First of all, in most cases, it isn’t convincingly explained.  Second of all, it completely ignores a very real fact of the heavens: objects in space are huge, and the distance between them, even more so!  You can’t go gallivanting from star to star in mere minutes without a considerable amount of power.

How can we go that fast so quickly?  What about slowing down?  Your body would be plastered to the windshield if your ship suddenly stopped from that speed.  Base the travel time on a few hours, a few weeks, heck even a month and you still have an astronomical number to deal with.

There is nothing wrong with believing we will eventually be able to travel faster than light, but space is really vast.  I think a terrible opportunity to convey its vastness through story is being missed.

If you want to have ships that travel faster than light, then explain how it is done in at least a half convincing way.  But I say use our own backyard of nearby planets and asteroids, mere months away from each other.  As I’ve mentioned before, our solar system is a beautiful place, a perfect setting for a space opera.

The next sci-fi space opera needs to have a realistic plot and story, something we believe could take place.

People want more realistic stories.  This is why reality TV took off when it did.  Remember when Survivor first came out?  Everyone was at least curious of how the TV show set on an island paradise went.  It isn’t watched quite as much because people don’t want reality, they want realistic stories.  LOST was the number one show in its hay day.  This is because they took what people were curious about in Survivor and made it into a scripted believable story.

The difference between real and realistic, one is of the here and now, one describes what could be here and now, or, in the case of SciFi, later.  One is the boring day to day life we all live, the other is the surprising life we all desire to have, closer at hand then anything outlandish or dreamy.  The more realistic something is, the closer the audience can be to actually grasping it with their minds, dreaming of it, actually touching it.

Another thing we need in our next venture into space, proper character development.  Avatar did a fair job with the good guys; not so much with the “big bad military” and the “big bad corporation”.

Instead of evil men being evil simply because they feel like it, we need complicated villains who think they are doing good.  Adolf Hitler didn’t wake up and say, “I was evil yesterday and the day before.  I think I’ll continue to be evil and take over the world.”  He honestly believed in what he fought for.  This is a must for the next space opera.

The hero shouldn’t be pure like Luke Skywalker.  He needs to have character flaws to overcome, more human in nature and less of a saint, mostly good but also erring on some dubious decisions, even making mistakes that could prove costly (Han Solo comes to mind).

Again, this story of a good guy with flaws and a bad guy that thinks he’s good shouldn’t be a real one.  It should be realistic.  The audience doesn’t want a Survivor the TV show set in space.  They want LOST in space…

But a show with the same character development seen in

Minus the lame ending.

So what would my dream sci-fi epic be like?  Take the real setting of our solar system, set it about 500 years into the future, colonize it with humans, use the realistic depiction of space travel in 2001: Space Odyssey, and combine it with a story and characters as compelling as the show LOST. Add it all together (carry the one) and there it is!  NOTHING!

Coming in a close second would be Battlestar Galactic.

BSG isn’t perfect, but it is the new direction sci-fi needs to go in. Deep characters with complicated backgrounds that drive the story and their desires, battle segments that are more than just fluff, and a real dread of the vacuum of space.

The only think lacking in my perfect story is that BSG isn’t set in our beloved solar system, nor do they explore the vastness of space by implementing sub-light speed engines…

Guess I’ll just have to write one myself.  Introducing my serial fiction series Void Voyage. It is a story set within our Solar System, in a time before faster than light travel has been discovered, limited technology, and no aliens.  Because humans are interesting enough.

I should have it out within the year, if it passes through the editing process. Speaking of which, I think I’ll go and finish the second episode now.